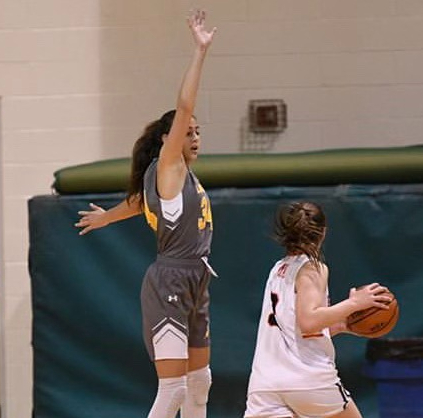 Jillian Oresky, is a prospect on the rise as a 6-foot-1 presence on the basketball court and in the classroom. The Syosset, Long Island native is a versatile offensive threat being able to effectively post up, then step out to the 3-point area. She is also mature enough to understand that balance as a student-athlete is imperative at the academically rigorous Syosset High School where she is currently sporting a concrete 4.0 GPA, including a course load of honors and AP classes. Look for Jillian Oresky to have a great 2021-22 junior season.